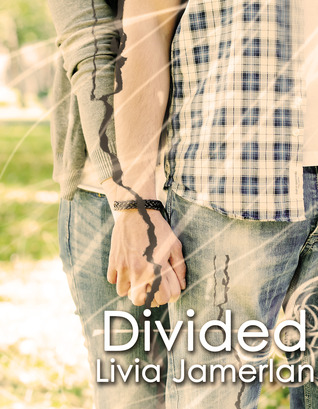 * SYNOPSIS *
Alani LaBelle has it all. A great job, amazing friends, and a loving fiancé. Traveling to Las Vegas for her bachelorette party, she never expects to come across someone who rocks her world the way Ryan Kraft does. Though they only share a few hours together, the connection she feels with him is undeniable. Thinking that her feelings for him may be cold feet she brushes it off and attempts to focus on her fiancé and their impending nuptials.

Heartbroken by her fiancé only days before their wedding, she finds herself needing to escape, needing to hide from reality. Though Alani knows that Ryan lives in Grand Forks, North Dakota, she never thought their paths would cross again while she is there.

Their friendship changes to something more with a good night kiss. Needing to be with Ryan, she leaves her old life in New Jersey behind and moves halfway across the country. As they journey together in a new relationship Alani has to adapt to life in a new city, new job, as well as dealing with Ryan's ex-girlfriend Stephanie, who is waiting for the perfect moment to get Ryan back.

But will her fiancé let Alani walk away from him without a fight? Will Alani's love for Ryan be enough for her to stay with him through turmoil? Or will Stephanie’s secret tear them apart? 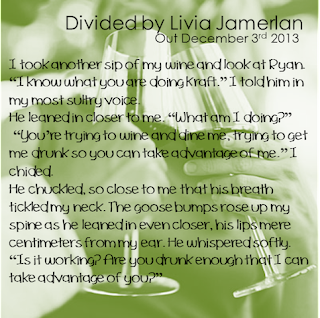 * REVIEW *
Alani is about to get married in 2 weeks, but heads to Vegas with her besties for a bachelorette party!  On her last night there, she meets Ryan.  Ryan is completely drawn to her and bummed that they have this sizzling connection but she is getting married.  Being the good girl that she is, Alani comes home and prepares for her big day.  Boy does she get a suprise when her fiance is not who she thinks he is!  There is a change of plans that sends her looking for Ryan.
I loved watching them reunite and fall in love!  There are a few twists and turns and a big jaw dropper about half way through!  All of this kept me reading and not wanting to put this book down.  The sex scenes are hot and full of romance!  Ryan is just so sweet! The characters are great and original.  Definitely give this book a chance, you won't be disappointed!!
* BUY IT *
Amazon | Amazon UK | Amazon CA | Amazon AU
* ABOUT THE AUTHOR *
Livia Jamerlan is a hopeless romantic she is always looking for her next love story to pop in her head. Though Livia kept a journal throughout her early life, she never thought about pursuing a career in writing, she always used it as form of therapy, pouring her heart out into words. It wasn’t until a story developed in her head that she decided that maybe she could write a book. At first it was just an escape from reality but now she use it as a power to put all her feelings, hopes, and fears on paper. Deciding it was time to tell her story she began to write, with each passing day the story grew, characters we formed, and what seemed like a hobby at first has now become a passion for Livia.

When Livia is not writing she is spending time with her husband and their two dogs, she might also be curled up with a new book, or she is out traveling the country to support indie authors at their book signings.
a Rafflecopter giveaway