Blog Tour: Review, Excerpt, Giveaway: Who We Are by Shanora Williams 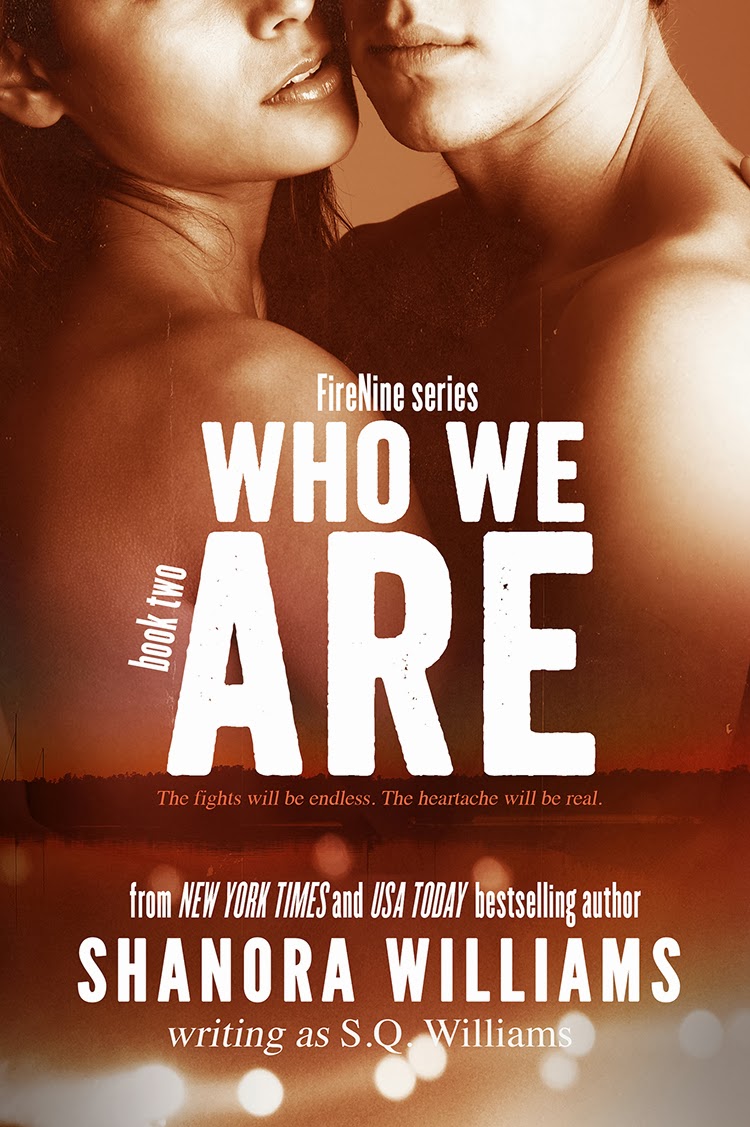 “I thought I had gone through something much worse. I thought the abuse and pain from my mom and step-dad was bad, but this? This heartache? This pain? This depression? This gut-wrenching, heartbreaking moment? This knotted up feeling in my gut, the tightness in my throat, the ache in my chest? It was slowly but surely killing me.”

That’s how long it’s been since Eliza last saw Gage and they both feel as if they don’t deserve one another’s forgiveness. He screwed up. She walked away without looking back. They’ll try and make up all the time they’ve lost with one another, that is until they’re facing the choices of either going their separate ways, or hanging on and fighting for dear life.

The fights will be endless. They heartache will be real. The demons will return, and they won’t back down without a fight.

There are some who will do anything to keep true love apart, and those same people will dig deep into their demonic ways until Eliza and Gage are literally no more.

Can Eliza and Gage overcome it all? Will they be able to face the true demons that are seeking to destroy them? Or will they just forget about everything they’ve worked so hard for and go their separate ways?

Sometimes you have to go through struggles in order to reach an ultimate point of peace… but will their struggle be worth it?

~*~
Review
Well, if there is something that Shanora Williams knows how to do right, it’s not rush along the love story!

This story was full of drama, angst, and action that will keep you on the edge of your seat. Everytime I would think, “this is it! They are finally going to be able to settle in to a life together!” there would be some sort of new setback. I couldn’t have predicted many of the twists and turns that Gage & Eliza had to endure.

Beyond just Gage & Eliza, I felt like we really got to know more of the other characters – especially Roy! He remained such a mystery throughout the first book, but we get a glimpse in to that guy during this story.

If you are looking for a story that is full of angst & drama, you will absolutely love Who We Are!

As soon as I arrived at my temporary apartment, I dropped my keys on the counter, blared some Laura Welsh on the stereo, and then trudged for the shower. The water was soothing. I didn’t want to step out of the steam, especially as I was bombarded with memories.

Gage and me on the FireNine tour bus. Gage kissing me, licking me, soiling me with his fervent kisses. I quivered, running a finger across my lips, remembering the kiss we shared when he stayed the night at Ben’s a few days ago. The passion I felt, the power. It was so much, yet I couldn’t get enough. My lips were still tingling from it… from how much I missed it. How much I missed him.

Soon, the water chilled against my skin and I shut it off, ran a towel over my damp hair, and grabbed an extra towel to wrap around my wet skin. I brushed my teeth, cleared my face with handful of cool water, and then headed for my bedroom.

Laura Welsh sang about hollow drums and it was like she spoke to me—like she reminded me of how much I actually missed Gage. How hollow and empty I felt without him while I was in school and even now. In school it was worse. Every little thing reminded me of him. Every couple that walked by hand in hand reminded me of him. All the girls who were smiling up at their boyfriends lovingly, clinging to their sides, holding them like they never wanted to let go… it all reminded me of him. I couldn’t stand it… but I missed it. I rolled my eyes, trying to rid my mind of him, but it was nearly impossible.

About his eyes, his full, pink lips that always sent a bolt of electricity coursing through me whenever connected with mine. His hard, rippled body, the perfect sleeve of ink on his forearms, broad chest, ribs, and even his back.

The ceiling seemed to spin above me as the music filled me, and then I felt the rims of my eyes pricking, begging for the pooling tears to be shed. I couldn’t believe it. I missed everything about him. I fucking missed him. Entirely too much.

There was a knock on the door and I perked up, back stiff, staring ahead. They knocked again and I swiped at my tears, confused.Who could be at my door this late? I cautiously made my way to the entrance, my heart pounding, my steps soft, making sure I didn’t cross any weak spots to make the floor creak.

I took a peek out of the peephole and made out a tousled mess of silky, dark-brown hair and broad shoulders. His head was ducked down, hiding his face, but I knew exactly who it was and I stifled a gasp.

My mind then went into gear. Should I let him in? Should I shoo him away? Should I blast him and beg him to just leave me alone?

In the end, I knew I couldn’t do any of those, no matter how upset I may have been with him. I did love him, after all.

I cracked open the door and he jerked away from the doorframe, taking a quick step back, his hazel eyes meeting mine. “Gage?”

“Eliza,” he whispered. His eyes were tired, restless. His lips were strained, as if he wanted to say something else, but then they relaxed and he ran a hand through his hair.

“Why are you here?” I asked, opening the door wider. He pressed the palm of his hand on the door and stepped past me, his heavy cologne filling my lungs. It mixed with the light, airy scent of water, as if he’d purposely walked in the drizzle. I could imagine him pacing back and forth in front of the apartment building, debating on whether he should come up or not. “Better yet,” I said, “how did you know where this apartment was?” I locked the door before looking at him.

“Frank told me,” he sighed out. “Look… I can’t do this,” he said, running another rigid hand through his hair. A few pieces fell onto his forehead, proving he would need a haircut in maybe three days tops. His eyes saddened and filled with guilt and I narrowed mine, tilting my head.

“This… I can’t be angry anymore. I can’t act like I don’t fucking care. I want—” His sentence broke and his gaze lowered to the floor. Good thing the music was playing, filling the silence, because I wasn’t sure of what to say, but I knew what he was getting at. “I wasn’t supposed to come here. I wasn’t supposed to see you. I was supposed to fight myself from getting close to you again—for your sake—but… I can’t. I can’t fight it. It’s so fucking hard to stay away from you, Eliza.” 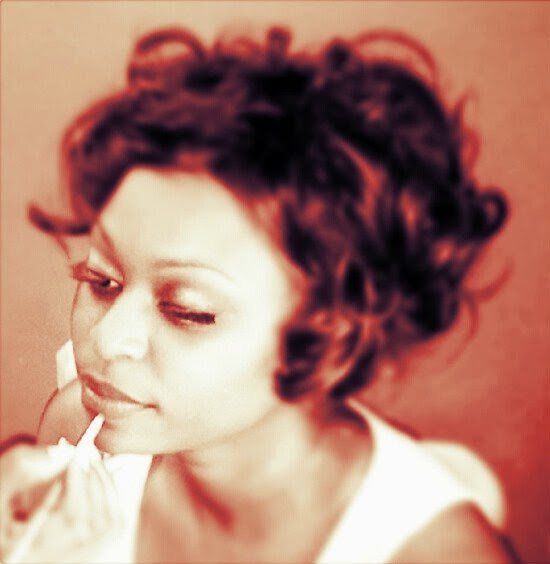 Shanora Williams was born and raised in Matthews, North Carolina. She's the author of the New Adult series, OBTAINED and the Best Selling New Adult novel, Hard to Resist. Her upcoming mature New-Adult/Adult novel, Who He Is, will be released in July of 2013.

When she's not writing, she's happily reading or watching cartoons like the big kid she is. She has a wonderful family that you will hear her brag and talk about all of the time. Whenever she just wants to get away from the words for a while, she'll spend some time with her loved ones, eat gummy bears, or drown in Coca-Cola and anything else caffeinated.

a Rafflecopter giveaway
Posted by Unknown at 3:37 AM