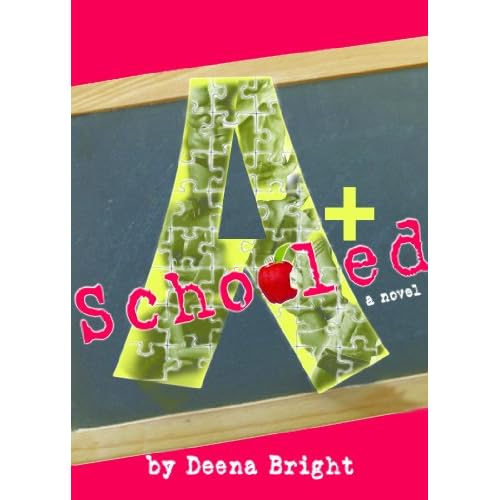 "The horrifying shock of witnessing her husband banging his skank-whore secretary spurred this ever-wholesome and rule-following teacher to seek some new lessons of her own. A young teacher learns about sexuality, pleasure, and satisfaction from rather unlikely and forbidden teachers, her former students, now recent college graduates. Not only does she get “schooled” by the beautifully-built all-American football player who struggled to pass her class, but she also learns a few tricks from the innocent, well-read, and thoroughly sexy bookworm. Both men teach her that not all curricula worth learning comes from a book.
Go through the journey Janelle Garrity-Flowers faces after discovering her husband’s infidelity. Growing up, she followed the rules, but now, she wants to defy the norms and play by her own rules. Janelle explores her own sexuality, searching for pleasure beyond her wildest dreams. However, despite this callow teacher’s “lesson plan” of forgoing the rules and not letting emotion get involved, the teacher must decide between the athlete, the scholar, and the career she loves. But what or who does she love and want more?"


D invited me to write a guest review for Novel Seduction, and I couldn’t have said “YES!” fast enough! Her and I share a love of the flirty and VERY dirty books and I’ve been aching to bring people over to our dark side (he he he). Schooled is the latest book I have read, and I will say that it was a great blend of flirty and wildly sexy. Right up our alley!

It started out with a bang (literally and figuratively!). After she walked in on her tool bag husband, Marcus, screwing his secretary, Janelle walked out (actually WALKED out, without slicing off any important anatomy! She’s a better woman than me.), deciding how to move on with her life. Enter Briggs and Leo

Briggs- Ah Briggs. Briggs is a tall, dark, and handsome 23 year old ex-student of Janelle’s. He knows exactly what to say to turn Janelle (and any woman with a pulse who likes penises) on. My favorite part of this book was the surprise of Briggs in the bedroom. I don’t want to give too much away, but let me just say that it is about time that the sexy, smooth talking guy has a flaw.

Leo- Leo is the ex-nerd, turned hot landscaper/ CPA. He is definitely the more shy and reserved of the two guys and has a pretty big secret that I totally didn’t see coming. Leo surprised me a lot throughout the book and really made it impossible for me to pick a favorite.

The thing I loved most was that this book could have quickly gone corny, but I totally bought into it. The sex (and almost sex) scenes were super hot and made you struggle right along with Janelle in choosing between these two sexy dudes.

Now, this book is not without it’s criticisms. For one, the writing wasn’t perfect. It was a great first start for Deena Bright, but there were some grammatical and punctuation issues that annoyed me. Speaking of annoying, there were a few parts when I was sick of listening to Janelle wage the same internal battle over and over again. However, in a love triangle book, this is the cross we all have to bare and there were enough orgasms to distract me!

I’m also very on the fence about all the pop culture references. If you read the author’s letter to the readers at the end (hilarious btw!), she explains how she was warned not to use pop culture references because it will date the book. I loved the mentions of Fifty, Twilight, Wicked, etc, and it made it a really relevant book….today. In five years, it will absolutely make the book seem old and most people who read it will have no idea what Deena is talking about. But when I finished (in two days. During Christmas. With a 3 year old who had to have EVERY. SINGLE. TOY. opened right this second ), it made it feel like I was listening to a friend tell a story.

This book is far from deep and won’t blow your mind, but it is a super fun and sexy read. I’m waiting not so patiently for the sequel!